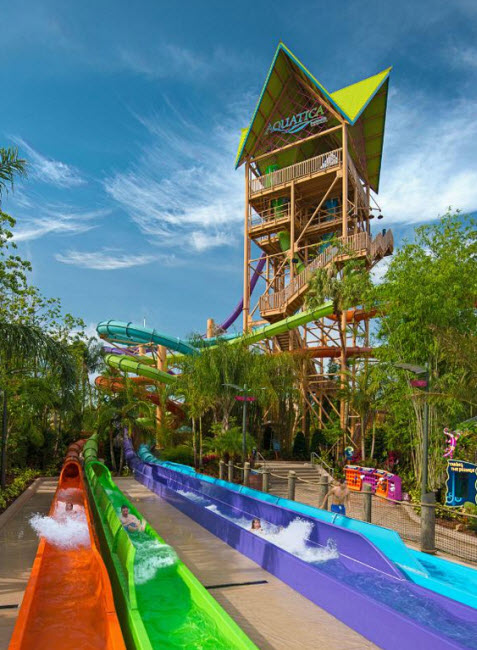 Aquatica, SeaWorld's Waterpark in Orlando, has added an eight-story high multi-drop tower water slide called Ihu's Breakaway Falls. Riders climb 126 steps to the top of the eight-story tower and step into one of three colorful breakaway boxes. The floor disappears beneath them and the drop 20-24 feet per second as they are launched onto a spiraling speed slide. There is also an open slide which is even steeper.

The waterpark also features water rides, including 42 slides. It also has rivers, lagoons and white, sandy beaches. Here is some footage of the new long water slide. Take a look: