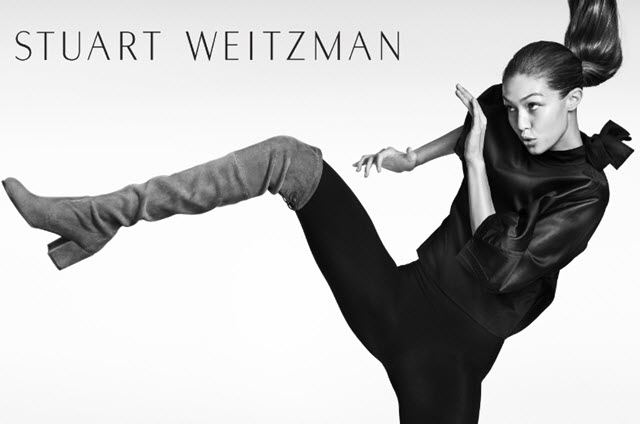 Gigi Hadid stars in the Stuart Weiztman Fall/Winter 2016 advertising campaign. She can be seen performing some atheltic kicks in the campaign. The campaign was photographed by Mario Testino with hair by Oribe and makeup by James Kaliardos. 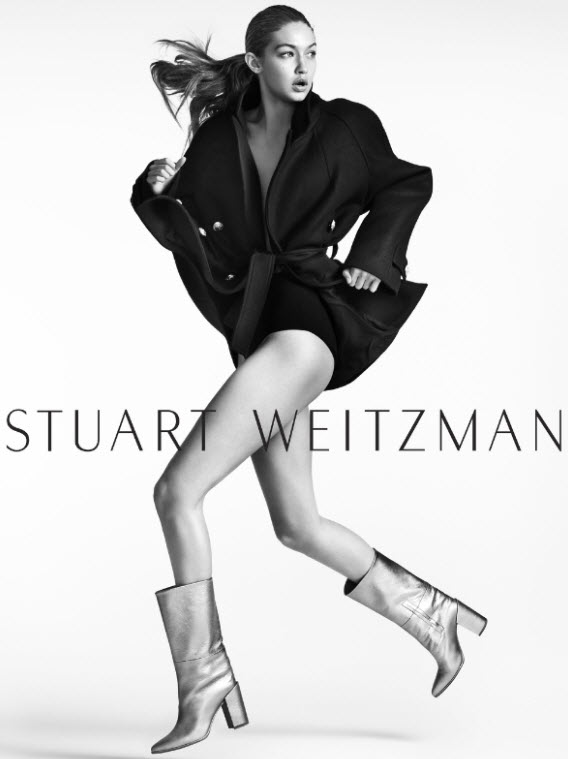 Gigi was seen at Taylor Swift's star-studded party over the Fourth of July. She was Slay-Z in Taylor's "Bad Blood" music video from 2015.