Gina Rodriguez is the Face of the Kipling Summer 2015 Campaign 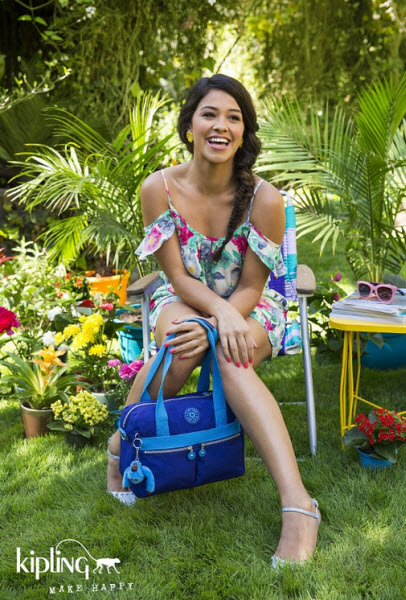 Actress Gina Rodriguez is the face of the Kipling Summer 2015 campaign. Gina stars in the CW's series Jane the Virgin. Gina won a Golden Globe for Best Actress in a Comedy Series for her role in the series. The Kipling campaign was styled by Natalie Joos.

Gina says in a statement, "To me, Kipling has always embodied the perfect blend of comfort and femininity. When I was a teen, I saw my first Kipling bag with the cute monkey and wanted one so bad but couldn't afford it. I saved my allowances and eventually bought my first one all by myself. I kept that bag for over 10 years. Now I get to be a part of this beautiful movement. I love the way life works itself out – it's full circle."

Kipling's Back-to-Campus 2015 line will be available starting in June. Here is the behind-the-scenes video for the campaign. Gina can be seen posing next to a vehicle filled with luggage, blowing bubbles, carrying backpacks and and holding a pineapple.