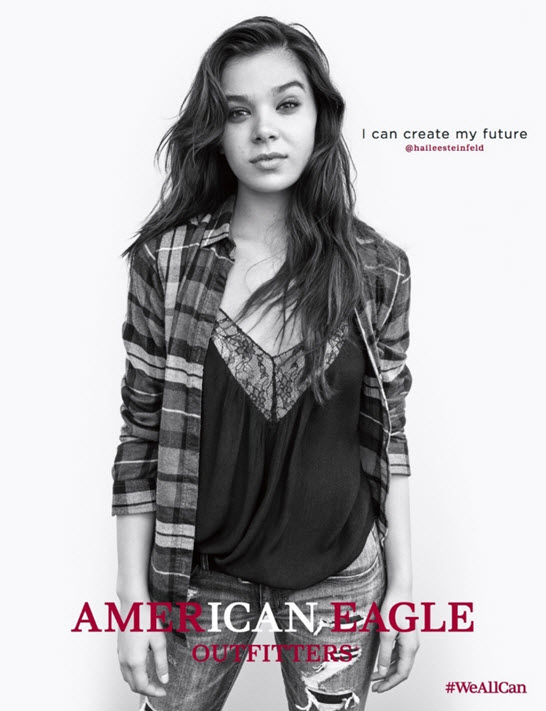 Chad Kessler, American Eagle Outfitters Global Brand President, says in a statement, "#WeAllCan encourages Young America to follow their passion, express their individuality and pursue their unique path, providing a motivating invitation to share what they can do, be or create. We look forward to igniting a conversation and empowering our customers to answer 'Can You?,' ultimately showing how together, #WeAllCan."

Madison Pettis stars in the Rock The Vote campaign from American Eagle. Madison, 18, is best known for her role as Sophie Martinez on the series Cory in the House (Disney Channel).