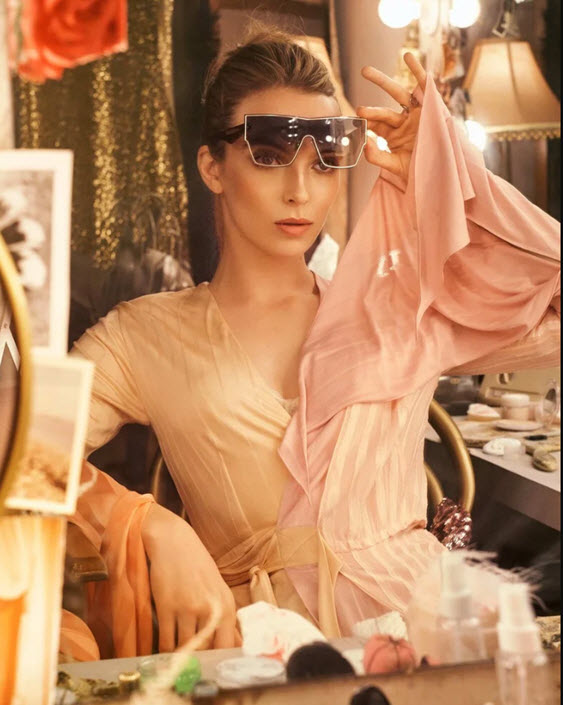 Actress Jodie Comer is the face of the Loewe Spring-Summer 2020 campaign. The Emmy-winning actress is best known for her role as Villanelle in Killing Eve. The campaign was photographed by Steven Meisel.

Jodie also stars in a short film called "Either Way" for the campaign that was directed by Benn Northover with art direction by creative agency M/M (Paris). She expresses multiple intense emotions as she watches herself in a mirror backstage. She says "LOW-EV-AY" repeatedly. We love this! What a great campaign.