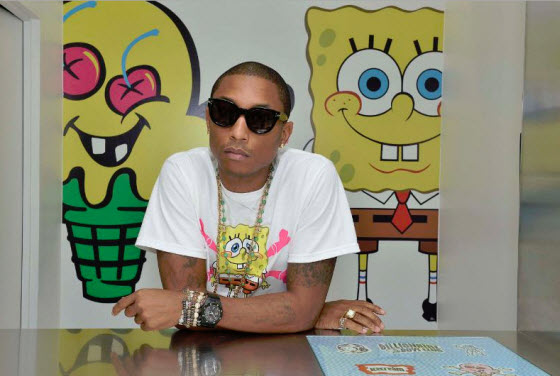 Nickelodeon and Pharrell Williams have launched a SpongeBob SquarePants X IceCream brand capsule collection. The line includes a series of five t-shirts and sweatshirts featuring four SpongeBob-inspired designs. The clothes are available for purchase at the Billionaire Boys Club webstore, bbcicecream.com, flagship New York and Los Angeles stores and on Karmaloop.com. The items range in price from $38 to $88.

Pharrell Williams said in a statement, "I've been a SpongeBob fan for many years and it's an honor to collaborate with Nickelodeon to create SpongeBob X IceCream. SpongeBob promotes happiness and optimism and I wanted this line to represent that."