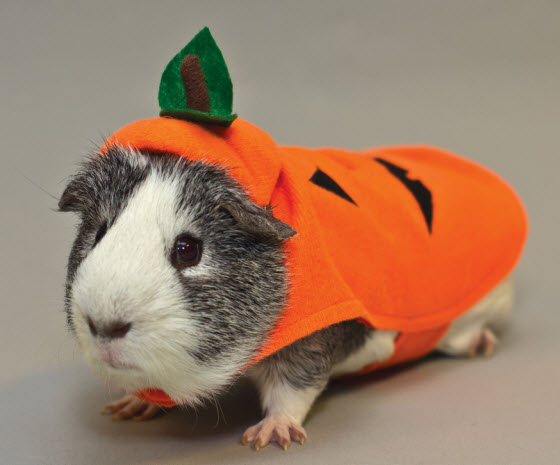 PetSmart has two costumes for guinea pigs this Halloween. They include a pumpkin costume, which features a Jack-O-Lantern outfit and pumpkin top hat. There is also a witch costume, which also includes a witch hat. The costumes are from the All Living Things brand. The costumes are both sold in PetSmart stores only and not currently online. These tiny costumes both retail for $5.99. 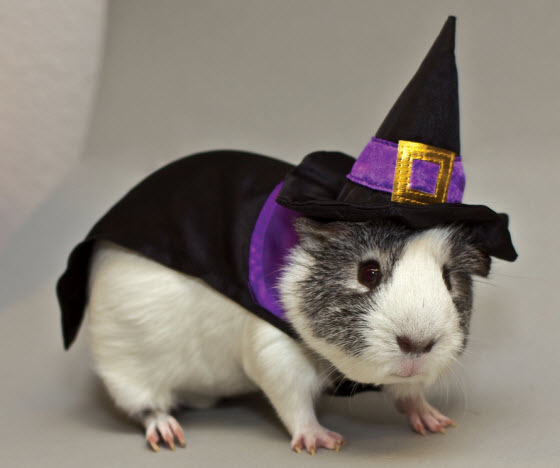