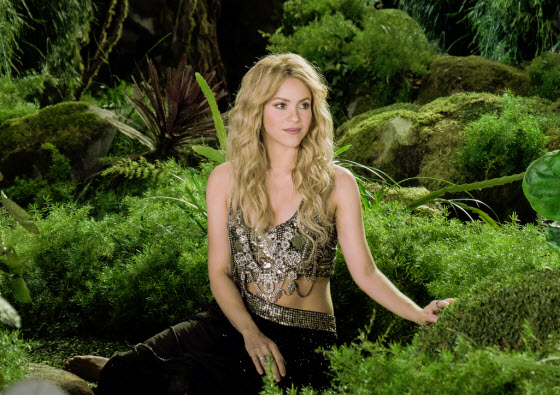 Shakira stars in a new campaign for Activa yogurt. The campaign is called "Dare to Feel Good." The campaign will launch on March 16.

Jeffrey Rothman, VP of marketing, The Dannon Company, said in a statement, "This new campaign demonstrates the connection between how you feel when your digestive system is working well and your overall well-being. Like no one else in the world, Shakira's performance illustrates how feeling good on the inside can help you feel wonderful overall."

The ad campaign was filmed in Barcelona. Shakira's song "Dare (La La La)" will be featured in the commercial directed by Jaume de Laiguana. "Dare (La La La)" is a track from Shakira's upcoming album. Shakira is shaking her hips in this behind the scenes video of the making of the campaign. Take a look: