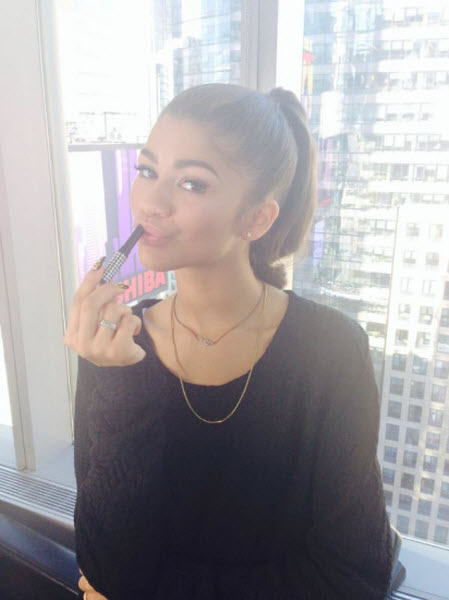 Zendaya has been named a spokesperson for Carmex and the face of its recently launched line of Carmex Moisture Plus lip balm. Carmex says the lipstick-style lip balm comes in designs that align with young Zendaya's style. Zendaya is best known for her role on Disney's Shake It Up! and will star in an upcoming show Disney movie, Zapped, and new Disney series. She also released her debut album last fall.

Zendaya says in a statement, "I use Carmex every day, so I'm excited to work with the brand on its new Moisture Plus fashion line of lip balm,. Lip care is an important part of my daily beauty regimen, so it's fun to have a lip balm that fits my style."