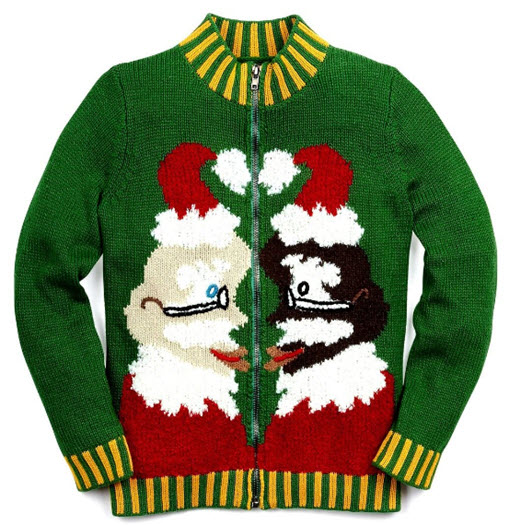 Whoopi Goldberg has launched a line of Christmas sweaters. Lord & Taylor will be carrying the sweaters which will go on sale later this month. The humorous sweaters fall into the popular Ugly Christmas Sweater category with bold designs and colors.

Whoopi told Vogue that she calls them "funny Christmas swaeters" or "Christmas sweaters with a twist." The sweaters pictured here show white and black Santas kissing and an octopus wearing a yarmulke and holding a menorah. There are about 14 sweaters in the collection.

Whoopi already has plans to expand the collection and she is planning to add a Kwanzaa and Ramadan sweater next year. She says she doesn't start wearing Christmas sweaters until December 1st. Whoopi tells Vogue, "I’m old school. I won’t break them out until December 1. For me, you get out of the turkey’s way; you take a breather.." 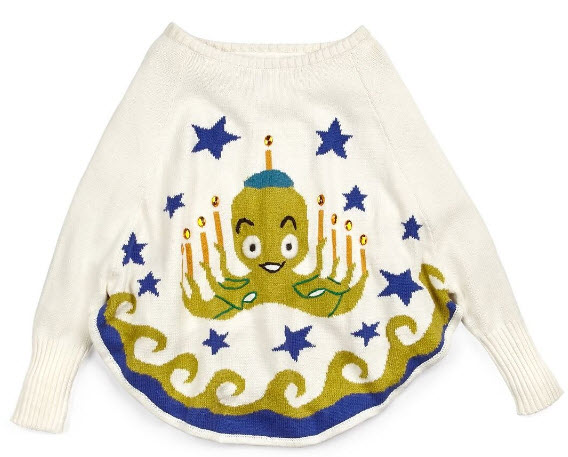