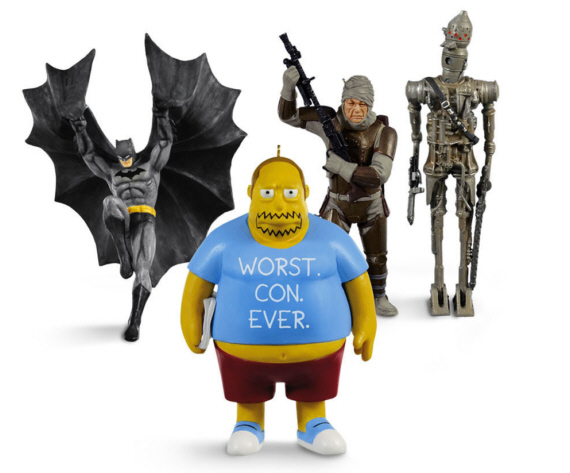 Hallmark has announced it is returning to Comic-Con International in San Diego this year. The convention runs from July 20 to July 24.

Hallmark will offer comics fans a limited collection of the following Keepsake Ornaments: