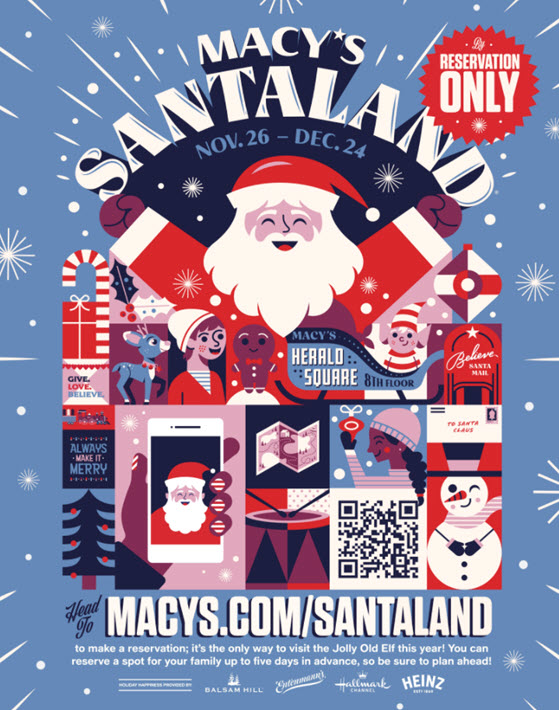 Macy's will offer the opportunity to see Santa Claus as three flagship locations in in Chicago, New York, and San Francisco by reservation this year. Macy's Santaland will open for in-store visits at Macy’s on State Street in Chicago on Saturday, November 6, and at Macy's Herald Square in New York and Union Square in San Francisco on Friday,

Macy's Santaland was virtual only in 2020 because of the Covid pandemic. This was the first time Santa Claus was not at Macy's in nearly 160 years as People notes.

Will Coss, Macy's vice president of Branded Entertainment, says in the announcement, "We are particularly overjoyed for the return of in-person visits with Santa Claus at Macy’s Santaland in Chicago, New York and San Francisco. With the health and safety of our staff and guests as our top priority, a team of dedicated elves have taken several steps to produce an experience that is fun, whimsical and one that will create cherished memories long past the season."

Macy's Santaland will also be available as a virtual experience again this year on the Macy's website. Other Macy's features for Christmas 2021 include the Macy's Holiday Windows, Macy’s Great Tree, Christmas Light Show and Dickens Village.