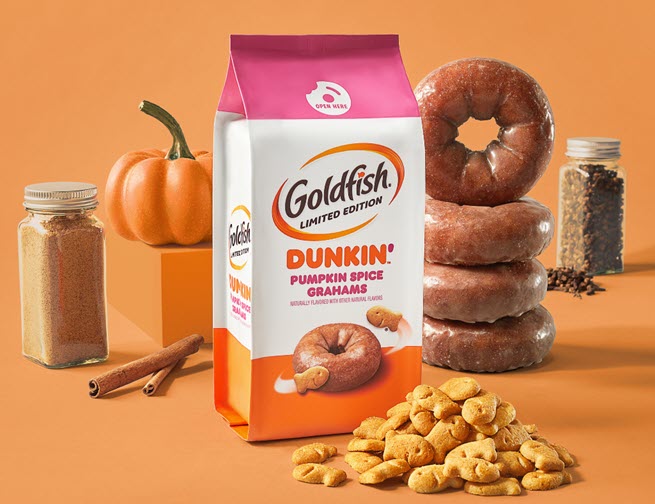 Janda Lukin, chief marketing officer for Campbell Snacks, says, "This is the first time Goldfish is tapping into the pumpkin spice season and we couldn't be more excited to partner with the brand that knows pumpkin spice the best."

Pumpkin spice is a popular Fall flavor. Goldfish has collaborated on limited-time flavors in the past including Old Bay and Frank's RedHot Goldfish crackers.

The pumpkin spice Goldfish have a suggested retail price of $3.39 per 6.6 oz bag.