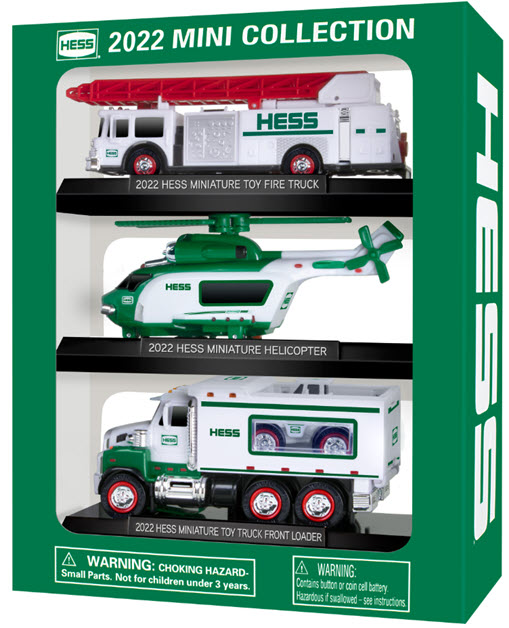 The toy trucks are miniature versions of the following Hess toys:

The collection costs $31.99 with Energizer batteries and free standard shipping included. It can be found at HessToyTruck.com.