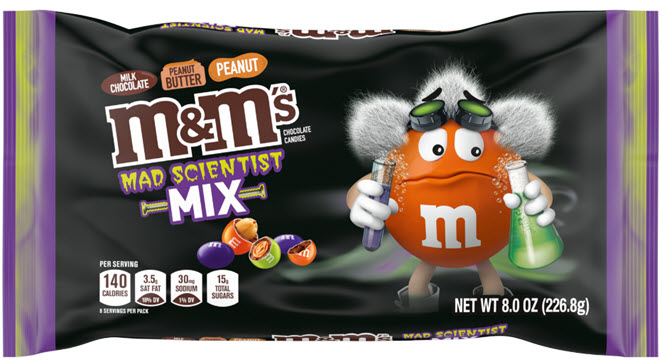 We like the orange M&M conducting a chemistry experiment on the bag. He has a puzzled look on his face like he doesn't know what he is doing.

Mad Scientist Mix will be available at retailers nationwide beginning in late August. Kids with peanut allergies should avoid this bag.