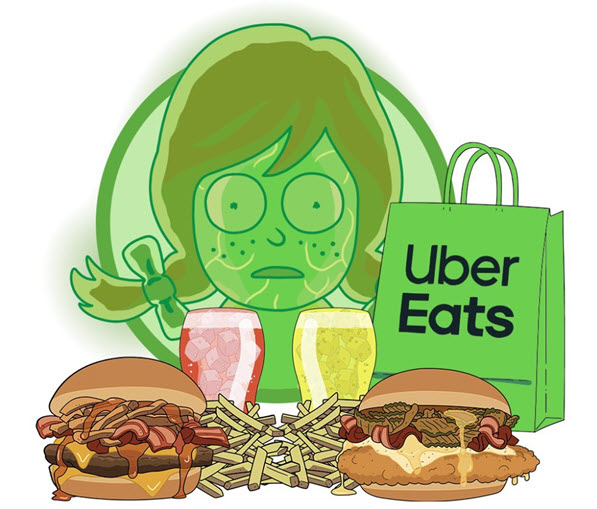 Wendy's has collaborated with Adult Swim's Rick and Morty series to come up with some drinks and combo meals inspired by the show. The drinks and combos will be available through Uber Eats.

Wendy's is offering Portal Time Lemon Lime for a second time through a partnership with Coca-Cola. They will also offer Froopyland Froopunch. Both flavors will also be available on Coca-Cola Freestyle dispensers at Wendy's locations.

Escape into your happy place, a pocket world generated by splicing citrus, tart cherry and orange flavors in a quantum tesseract. Just like the fruit punch dad used to make, if dad was a space-bending genius.

The two combos Wendy's will be offering are the Hot Honey Not Birdperson Combo and the Riggity Riggity Wrecked Combo. You can find them on the Morty's menu category on Uber Eats.

Adult Swim also released this clip called "Choose Wisely" to coincide with the release of the new menu items.