Zendaya is the New Face of CoverGirl 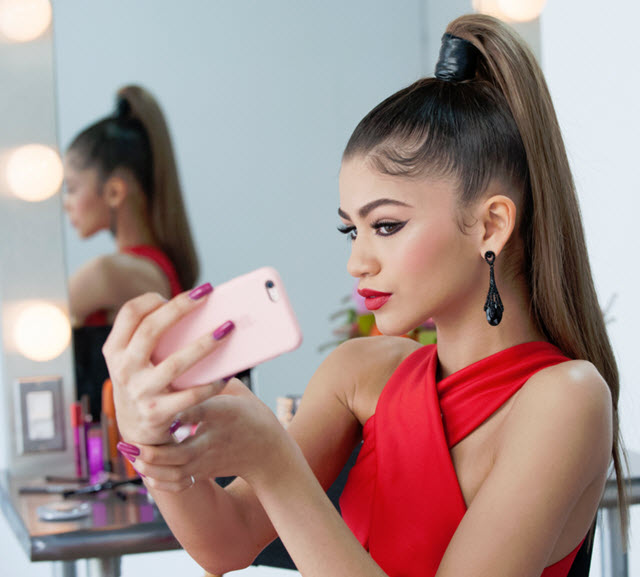 Zendaya has been named a new face of CoverGirl. CoverGirl will launch its first ads with Zendaya during the upcoming Grammy Awards in February.

Zendaya will be the face of CoverGirl's line of Clean products, plus a new mascara. The ad running during the Grammys will feature a new line of CoverGirl products, including Plumpify Mascara and truNaked shadow palette.

Zendaya says in a statement, "I am so honored to join the company of a roster as celebrated and diverse as CoverGirl's. I can't wait to share some of my own beauty tips with fans, and work alongside CoverGirl to continue empowering girls and women to celebrate their individuality."

CoverGirl calls Zendaya a beauty icon and role model in its release. Zendaya plays K.C. Cooper on the Disney Channel series K.C. Undercover. The series was renewed for a second season.

Zendaya appears to be holding a selfie in the released photographed. Zendaya holds a fan in another photo that CoverGirl shared on Twitter. She looks amazing in the photographs.