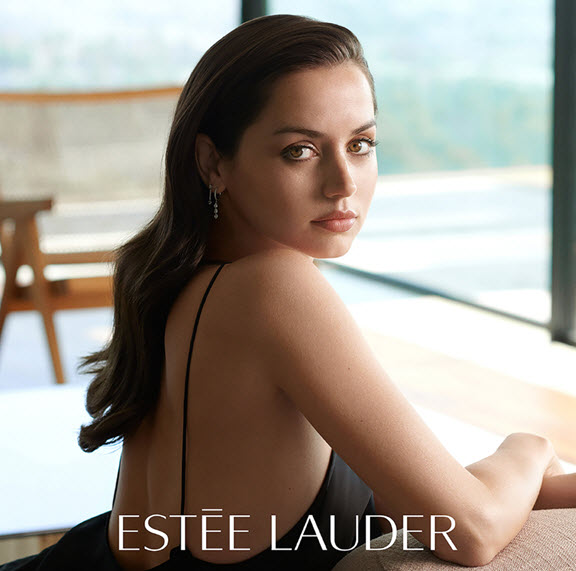 Actress Ana de Armas has been named a new global brand ambassador for Estee Lauder. Ana became known through the hit Spanish series, El Internado. She has since become a film star appearing in movies including Blade Runner 2049, Knives Out and No Time To Die.

Stéphane de La Faverie, Group President, The Estée Lauder Companies, says in the announcement, "We are thrilled to welcome Ana to the Estée Lauder brand. Her story of overcoming barriers to achieve her dreams and become an accomplished actress is inspiring to women around the world, and her talent, warmth and beauty will bring a new energy to the brand."

Ana says in a statement, "I am honored to represent such an iconic brand. Growing up in Cuba, I really admire and connect with the story of Mrs. Estée Lauder. She understood that you have to work hard to turn your dreams into a reality. Everything she did was inspiring then and continues to be inspiring today. I am proud to become part of that legacy and share her story."

Here's the Beautiful Magnolia campaign and a behind-the-scenes video.