Ariana Grande has unveiled her first fragrance, ARI by Ariana Grande. The fragrance will go on sale in September. Ariana partnered with Designer Parfums and Luxe Brands for the fragrance.

Ariana says in a statement, "I love fragrance, it is something I have been obsessed with all my life. As a fragrance debut of my very own, I really wanted it to be personal, that's why I named it ARI. I love everything about it. It is so fun and true to me."

The fruity fragrance has the unusual note of marshmallow. The fruity top notes are crispy pear, pink grapefruit and raspberry. The floral heart is soft muguet, rose buds and vanilla orchid and the drydown features marshmallow, creamy musk and blonde woods.

Ariana poses with three dalmatians and winks in a print ad for the new fragrance. The fragrance bottle has a gem-like appearance with rose gold accents. The bottle comes with a removable white pom pom attached to it. The carton features black and white portraits of Ariana. The fragrance will cost $39 for a 1 fl. oz. Eau de Parfum Spray and $20 for a 6.8 fl. oz body lotion. Hair mist, rollerball and coffee scrub will also be available. It will arrive in Macy's Ulta, Bonton, Lord & Taylor and other retailers next month. 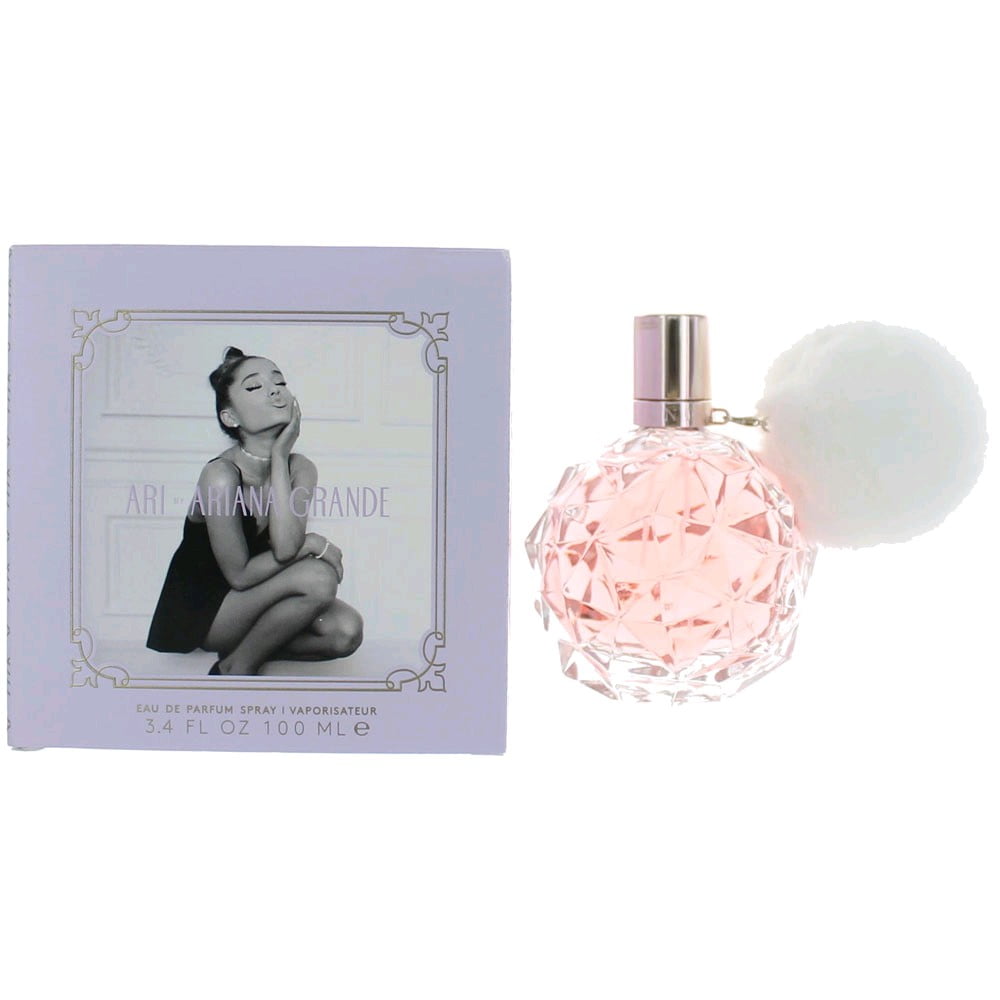 Ariana will star in the upcoming Scream Queens TV series as Chanel #2, a sidekick of Chanel Oberlin (Emma Roberts). She will also appear in Zoolander 2.