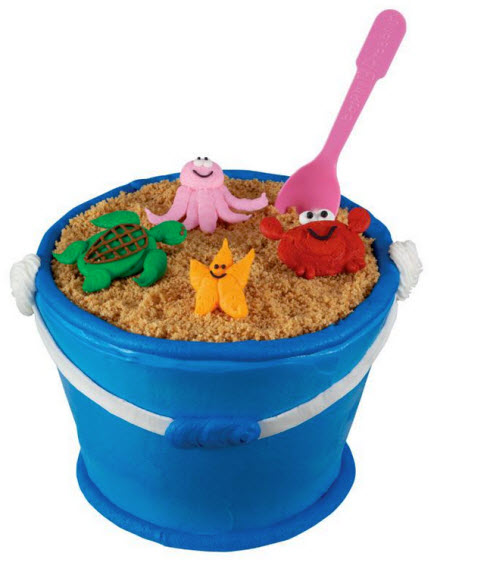 Baskin-Robbins has announced its new line-up of summer food offerings. One of the new items is the Sand Pail Cake. It is an adorable cake. It does look like you would be eating sand though. The sand is made with graham crackers. The cake also features sea creatures made from icing. The cake be ordered using different ice cream and cake flavor combinations.