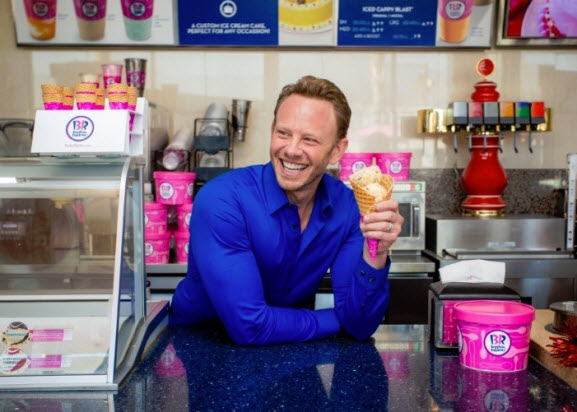 Baskin-Robbins has launched a new ice cream flavor called Snacknado. It is the ice cream chain's flavor of the month for March. Baskin-Robbins describes it s a "whirlwind of sweet and salty flavors."

Sharknado star Ian Ziering visited a Baskin-Robbins shop in Burbank, Calif. to get a sneak peek at Snacknado. Sharknado has become a franchise for Syfy. The third film, Sharknado 3, will be released on July 2015.