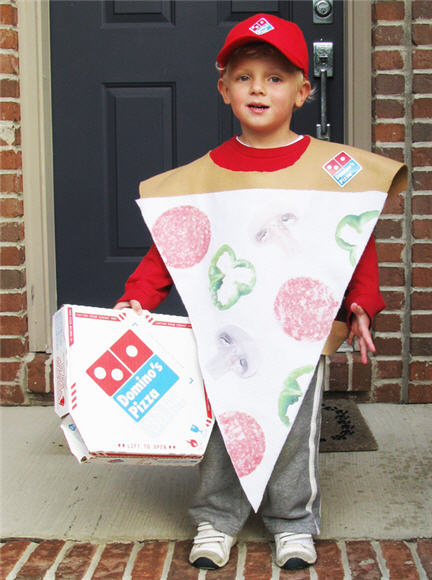 Your child could be a slice of Domino's pizza for Halloween. You will need iron-on transfer paper to make these work. Obviously, this is a way to get you to transform your child into a walking billboard for Domino's pizza, but it is kind of clever.

Domino's used to have instructions and downloadable Domino's pizza toppings on its Facebook page, but the link no longer works. You can probably easily find similar artwork for pizza toppings.

Saving an old pizza box is also not difficult. You could also make a pizza themed Halloween bag so that your child has a way to collect his candy instead of carrying around a pizza box on Halloween night.