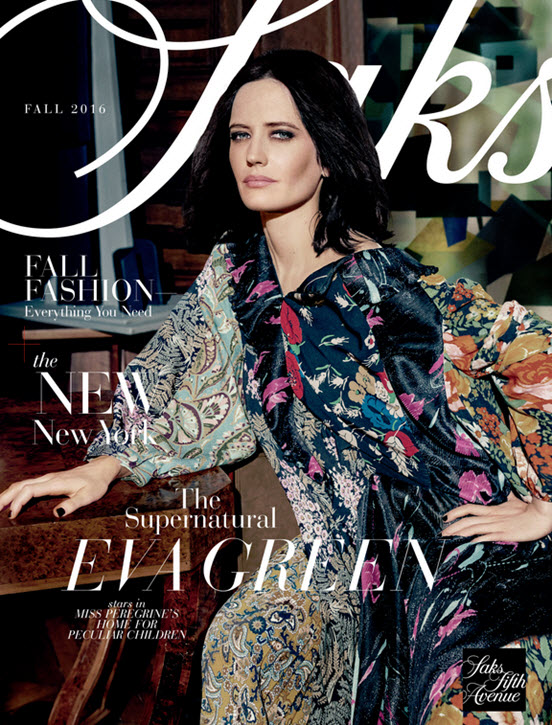 Saks Fifth Avenue has launched its Fall 2016 Magalog. The cover features Eva Green and Samuel L. Jackson. The both star in the upcoming film, Miss Peregrine's Home for the Peculiar Children. It arrives in theaters on September 30.

Eva Green is wearing a full Balenciaga ensemble and Jackson is wearing Dior. Eva discusses her style, career and taxidermy. Jackson talks about acting, men's style and his lightsaber. The magazine also includes an interview with direct Tim Burton. The catalog is available free online on saks.com.

Mark Briggs, Executive Vice President, Creative, Saks Fifth Avenue, says in a statement, "It is such an amazing time for Saks, and our Magalog truly reflects Saks' exciting transformation and continued evolution. It is our way to show our customers what we stand for –style, service and experience." 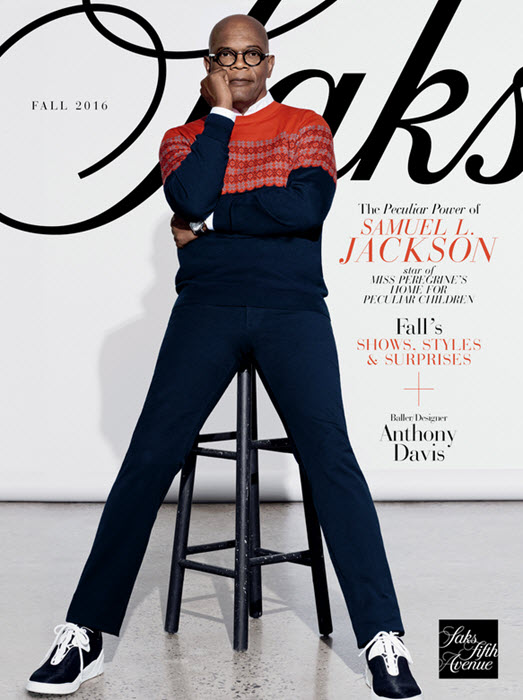