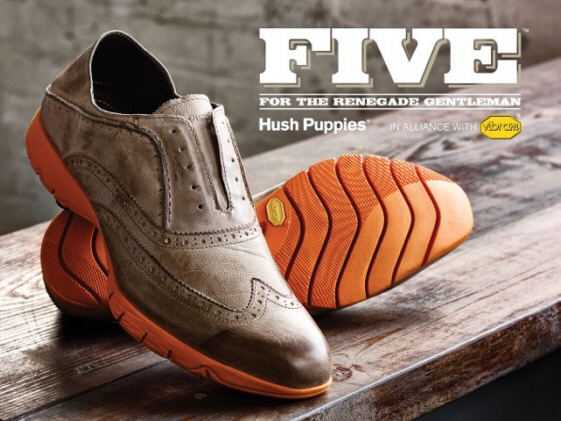 Dani Zizak, vice president of global marketing for Hush Puppies, says, "This partnership sprang from a concept that Vibram owner Marco Bramani had been thinking about. He had personally created a one-of-a-kind Vibram shoe for himself to wear to more formal occasions. The idea seemed like a natural fit for the Hush Puppies brand, and it became an instant marriage of two brands."

Five will be available at hushpuppies.com and at select retailers this September.