Jane Krakowski is the Face of Tropicana Trop50 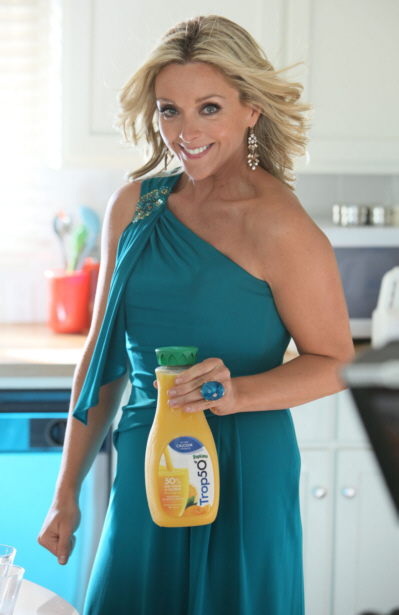 In the TV spots, Jane Krakowski and her three girlfriends dish about life, love and looking good. Jane is holding a bottle of the orange juice in the above photograph.

In one of the commercials Jane comes back to drinks some of the orange juice after a workout with a friend.

The ads can be viewed on iSpot. Here's a behind-the-scenes shooting of the commercials directed by Paul Weiland.