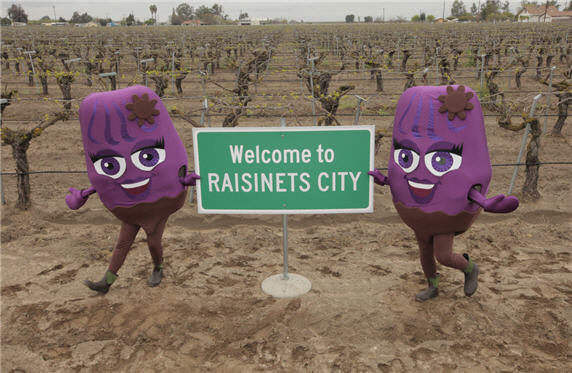 Nestle Raisinets took over the small town of Raisin City, California today for National Chocolate Cover Raisin Day. The city has been renamed Raisinets City for the day. The city's residents were given raisinets. There were also fun activities and a parade led by Nestle Raisinets costumed characters.

Raisin City is located in the heart of the San Joaquin Valley - home to nearly 5,000 raisin growers and where 99.5% of U.S. raisins are produced. Seventy percent of Raisin City's townspeople are involved in the growing and harvesting of California raisins.