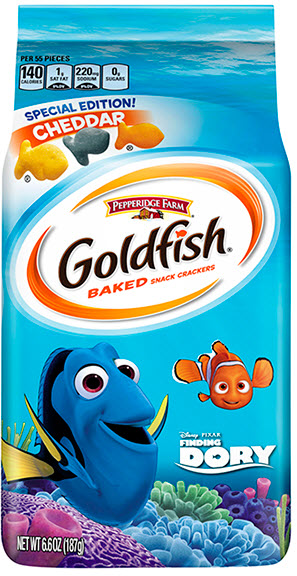 Pepperidge Farm thought the combination of its Goldfish crackers and the Disney-Pixar ocean-themed animated film were a good idea. Pepperidge Farm CMO Chris Foley told Adweek, "it was a good fit for us because, well, we're a fish." The film is already headed for a huge weekend opening.

Goldfish will also launch a multicolored gay-friendly logo this summer. The logo says "Smiles for all families." Adweek notes that Pepperidge Farm is also supporting pride parades in several cities this summer.