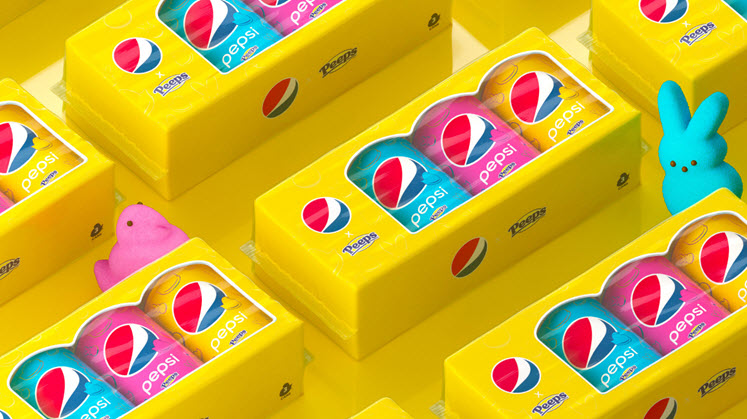 Pepsi has collaborated with Peeps to launch Pepsi x Peeps, a new Peeps Marshmallow flavored cola. The beverage will be sold in 7.5-ounce Pepsi mini-cans in bright yellow, pink and blue colors.

Todd Kaplan, VP Marketing for Pepsi, says in the announcement, "After what has been a very difficult year, many consumers are looking for new things to smile about. So, to celebrate the start of springtime, Pepsi collaborated with Peeps to develop a limited batch of its first-ever marshmallow cola. This Pepsi x Peeps collaboration will be available in three bright colors through a distinctive mini-can design and will most certainly have fans buzzing all season long."

It will certainly be a fun beverage to try. Pepsi released this cute image of little Peeps bunnies surrounding a yellow Pepsi x Peeps can. They also shared a fun animation on Twitter. 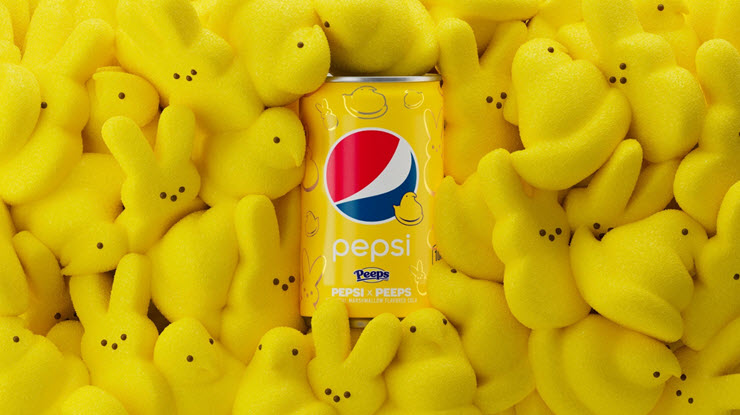 Shout out to all our PEEPS: a sweet new flavor is coming your way just in time for spring. Are you ready? 🐣🐰😋 #PEPSIxPEEPS pic.twitter.com/LwQXAwvWMZ