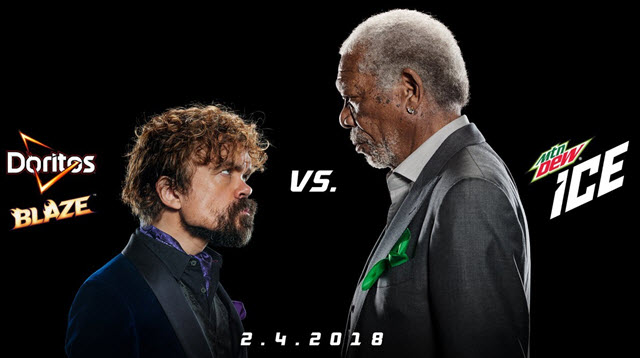 Two of our favorite actors are engaged in an intense rap lip-sync battle in the new Super Bowl ad from Doritos and Mountain Dew. Peter Dinklage is Spitfire and represents the hot Doritos Blaze chips. Morgan Freeman is Ice Cold and raps for the new Mountain Dew beverage, Mountain Dew Ice.

Peter Dinklage lip-syncs to Busta Rhymes' hit single, "Look at Me Now." Freeman is lip-syncing to Missy Elliot's hit, "Get Ur Freak On." The rappers themselves can be seen in motion photographs on the walls of the room, which was a great touch. We love Missy's outfit, her icy blue lipstick and her big ice crown.

Dinklage and Freeman are both so awesome it is hard to declare a winner. Take a look: