Baby Shark Cereal will soon be in stores. Kellogg's has collaborated with Pinkfong to launch a cereal inspired by the catchy children's music video called "Baby Shark."

The cereal features different colored flavored rings and marshmallows. The box says it is "berry fin-tastic." 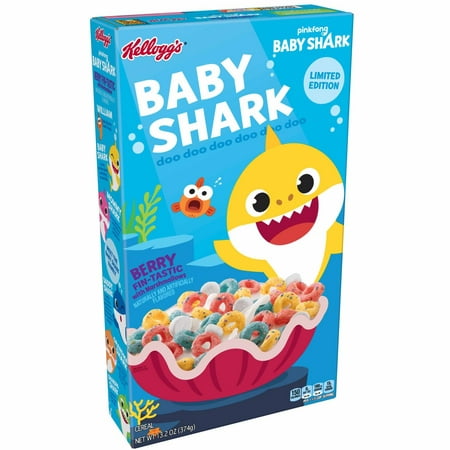 A report in People says the cereal will first be exclusively sold at Sam's Club starting on August 17 for $5.98 for a two-pack. It will then be sold by the box at Walmart in September.

They tried the new cereal live on a local CBS station.

Where to Buy: Walmart