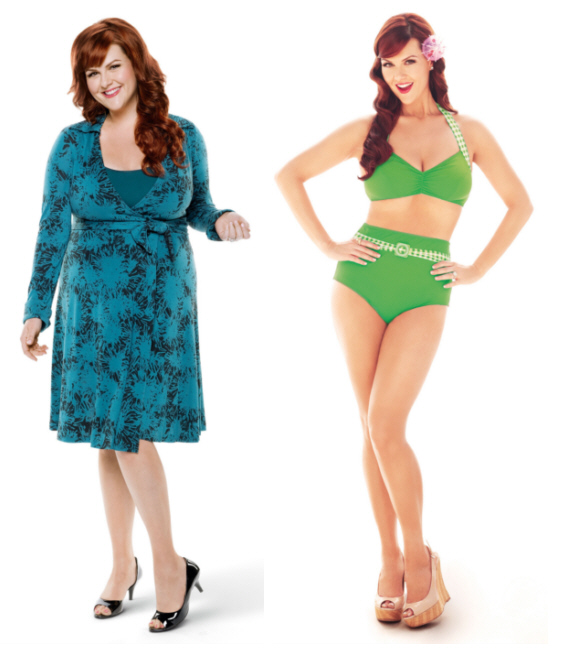 Jenny Craig, Inc. has announced that celebrity spokesperson Sara Rue (Rules of Engagement) will be featured in a national marketing campaign baring her bikini body for the first time after losing 50-pounds om 31 weeks. Sara is also looking forward to wearing a bikini on her honeymoon. She has kept the weight after losing it in 2010.

Sara says, "I can sympathize with women who avoid the beach because they don't want to put on a bathing suit. That was me for most of my life. I missed out on so many fun experiences because I was ashamed and embarrassed of how I looked in a swimsuit, but eventually I got to the point where I didn't want my weight to define me anymore, so I did something about it. Now I feel like there's nothing holding me back. It's a wonderful, freeing feeling that I never thought I would accomplish."

Sara also made an appearance on ABC News to discuss her weight loss.