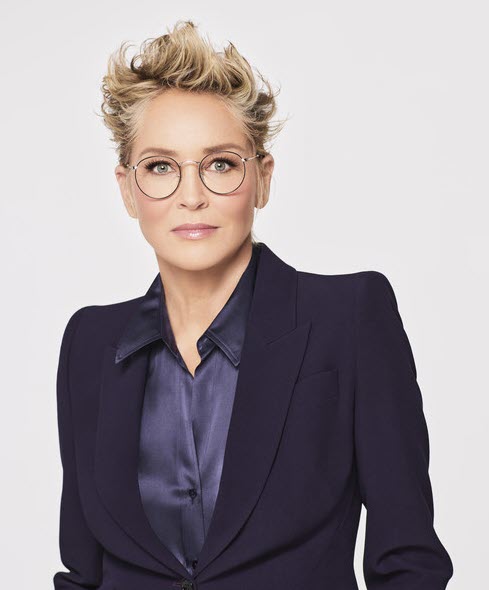 Actress Sharon Stone is the face of a new campaign for LensCrafters. The campaign called Your Eyes First launched earlier this year. It includes a television spot.

Sharon says in a statement, "LensCrafters has always been and continues to be a respected and recognized leader in the industry, providing vital vision care to so many. Eyewear has become not only a vision solution for me, but an empowering outlet to show my personality and creativity as an accessory. I am thrilled to partner with the brand for the 'Your Eyes First' campaigns demonstrating that the right pair of glasses can provide a fresh twist to elevate your style while taking your overall health into account."

The campaigns were shot by photographer Michael Muller and the television commercial was shot by film producer, writer, and director Jeff Tomsic. She wears styles from LensCrafters as well as designer collections from Ray-Ban, Dolce & Gabbana, and Prada in the ads.

Sharon Stone gets her annual eye exam at LensCrafters before finding the glasses pictured above in the television commercial. Take a look: