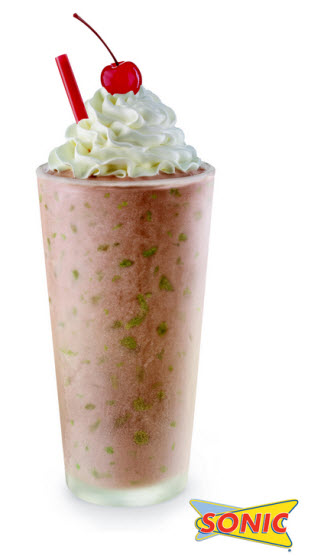 Sonic also recently announced a Kale Cream Pie Shake, but this was an April Fool's joke. Some people on Sonic's Facebook page said they would have tried this odd shake were it a real shake.

Sonic Chef Claes Petersson said in a statement, "Despite the April Fools'’ play on a kale shake, SONIC is serious about delivering innovative frozen desserts to guests at a level of quality not usually seen at fast-food restaurants.