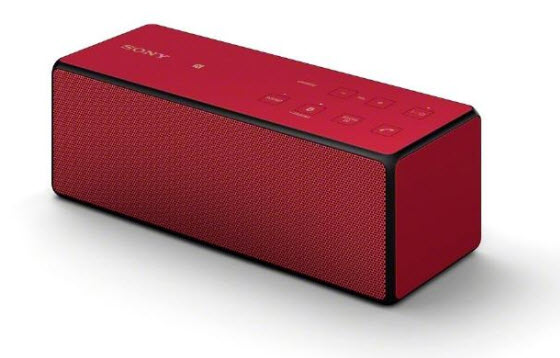 Sony has announced the launch of the SR-X3 and SRS-X2 portable Bluetooth speakers. The SRS-X3 (pictured above) contains two full range speakers and two passive radiators. It has an output power of 20 watts. It connects to mobile devices via Near Field Communications (NFC). It has a built-in mic so the speaker can be used as a speakerphone when paired with a mobile device. The speaker gets 7 hours of playback on its rechargeable battery. The speaker is available in red, white and black. 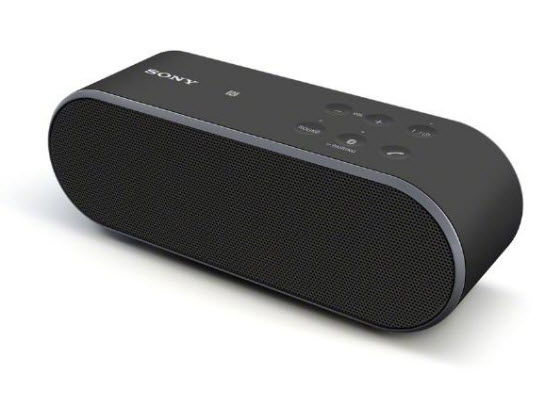 The SRS-X2 is a smaller speaker with a rounded ege design. It also has an output power of 20 watts and can be paired with NFC-enabled devices. It also has a speakerphone capability. The battery provides 5 hours of playback. The SRS-X2 comes in red, white and black.

Both portable speakers can be charged micro USB and include a USB AC adapter. The SRS-X3 costs $149.99 and the SRS-X2 costs $99.99. They will arrive in stores in June.