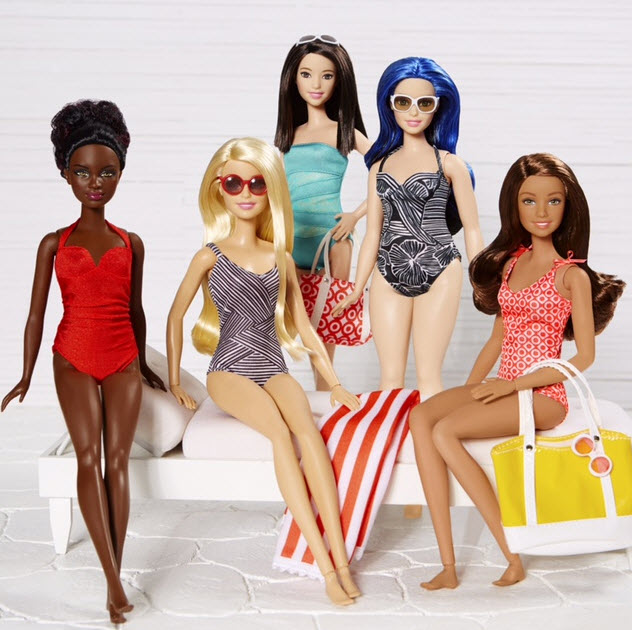 Barbie is modeling swimwear for Target in a new campaign. The Barbie dolls are wearing Barbie-sized versions of the human swimsuits Target is selling on its website. One of the Barbie dolls is also carrying a little Target handbag.

The Barbie dolls being used are the new Barbie body types that were launched by Mattel earlier this year. Target is also promoting the #NOFOMO hastag during the campaign. The campaign is about shaking body insecurities. The tag stands for "no fear of missing out!"

The swimsuits are being modeled in Barbie size but the swimwear is only available for humans.