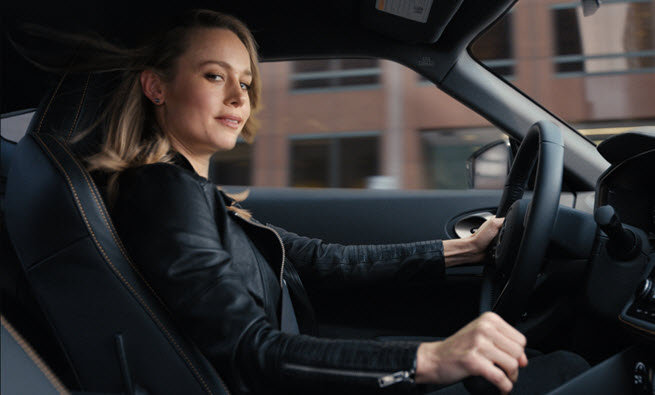 Actress Brie Larson (Captain Marvel) stars in Nissan's latest commercial. Brie drives multiple Nissan vehicles in the commercial that showcases the brand's most iconic vehicles through the decades as well its recent offerings.

The commercial is called "The New Nissan." Larson can be seen driving a Z Proto, then off-roading in a Frontier, driving an all-electric LEAF and behind-the-wheel of a tech-packed Rogue. The spot ends with Larson driving away in the Nissan Ariya, followed by a wide shot displaying the new Nissan product portfolio.

Brie says in a statement, "It's been incredible to work with the Nissan team as we prepare the launch of the 'Thrill' campaign. Whether it’s a road trip or your daily commute – driving should bring a sense of joy. We’re excited to celebrate the freedom in driving."