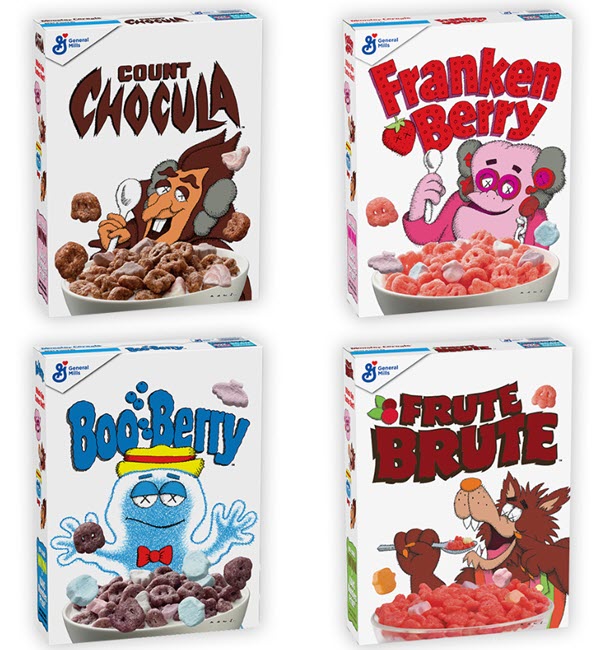 The Frute Brute cereal is back for the first time since 2013. It promises a "howlin'-good taste of fruit." A werewolf is eating the cereal on the box cover.

KAWS says in a statement, "It's been a thrill to collaborate with General Mills and Monster Cereals. I've been a big fan of the cereals since I was a kid. Even now, I love the original box designs and the creativity and imagination they invoke."

You can read the history of monster cereals and see previous box covers at generalmills.com. There was also once a Yummy Mummy cereal.