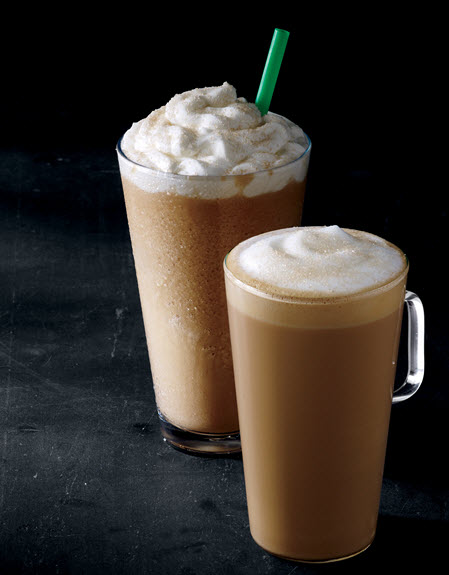 Starbucks has announced the arrival of two new beverages in its stores. They are the Smoked Butterscotch Latte and the Teavana Citrus Green Tea Latte. Starbucks says the beverages were inspired by beverages prepared in the Starbucks Reserve Roastery and Tasting Room.

The Smoked Butterscotch Latte combines espresso with steamed milk and smoked butterscotch sauce. It is topped with a sprinkling of smoky butterscotch topping. A grande 16 oz. with 2% milk has 350 calories and 45 grams of carbohydrates.

Christal Canzler, whose team develops new handcrafted espresso beverages for Starbucks, says in a statement, "The smoky flavor balances the subtle sweetness of the butterscotch. It acts as a savory ingredient that enhances the coffee."

The Teavana Citrus Green Tea Latte is made using shade-grown, micro-ground full leaf green tea and steamed milk. The beverage is sweetened with citrus mint syrup and topped with a lemon essence topping. A 16 ounce version of the latte with 2% milk has 260 calories and 40 grams of carbohydrates. 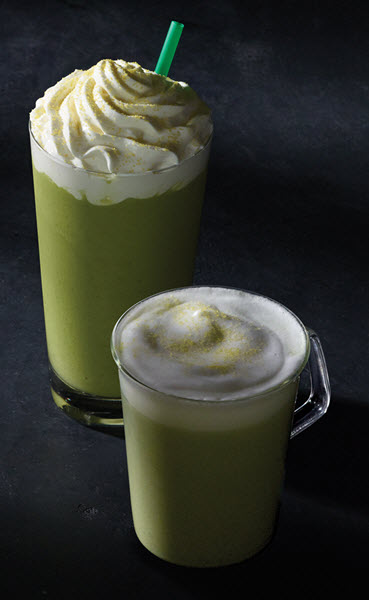 Emily Fazio, whose team develops Teavana handcrafted tea beverages, created the Matcha Basil Mint Latte the Roastery offered last autumn. That beverage inspired the new latte. Fazio says in a statement, "Starbucks Green Tea Latte has been a popular beverage in Starbucks stores ever since we introduced it nine years ago. We took flavor cues from the green tea and paired it with ingredients like mint, lemon and basil to make it a refreshing and restorative experience."

Both beverages are sold as a hot or iced drink and as a Frappuccino. The drinks will be available for a limited time.

Note: The Smoked Butterscotch Latte has returned multiple times and is listed on the menu here on Starbucks.com.