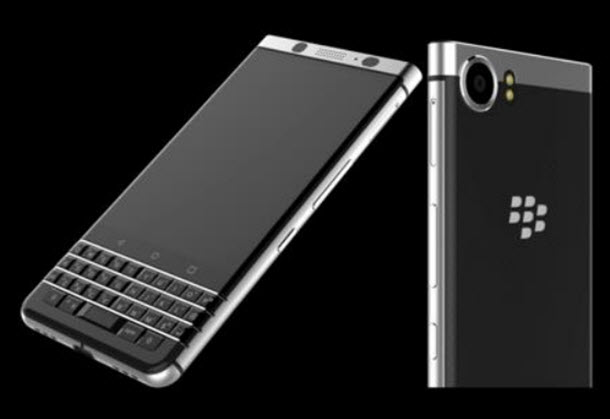 TCL Communications Technology unveiled a new BlackBerry smartphone with a physical QWERTY keyboard at the 2017 Consumer Electronics Show in Las Vegas. The sleek phone has tentatively been dubbed the BlackBerry Mercury. This name could change. It runs on the Android 7.0 Nougat platform.

TCL says in a release, "The new BlackBerry smartphone is designed with three core features in mind: security, productivity and reliability. It draws on unparalleled mobile security and software expertise to offer the most complete security available for an Android smartphone. The distinctive BlackBerry keyboard and a number of apps, such as Hub+, enable its productivity for business and professional users. And with the excellence of its hardware design, it has genuine durability."

Engadget shares a few of the specs in a post. It will come preloaded with some BlackBerry software, including Messenger and Hub. It has a fingerprint sensor and front and rear cameras and headphone jack.

Android Authority says TCL is boasting about the security features of the new smartphones. We will have to wait for the Mobile World Congress before more details are released. Take a look: